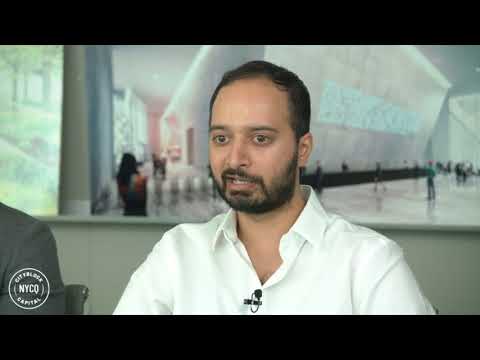 NYCQ VC is a venture capital fund for the digital age. The NYCQ Fund will seek to make equity investments into blockchain infrastructure companies and foundational applications for blockchain technology.

NYCQ VC is a venture capital fund for the digital age. The NYCQ Fund will seek to make equity investments into blockchain infrastructure companies and foundational applications for blockchain technology. NYCQ VC’s investment partners are venture investors and blockchain thought leaders with past successful deal-flow and track records of identifying promising companies and generating returns. The NYCQ Tokens are additionally intended to capture value for investors by minimizing the liquidity discount of private securities investing through the issuance of a transferable security on the blockchain.

All following entities are subsidiaries of CityBlock Capital Corp., a Delaware Corporation. 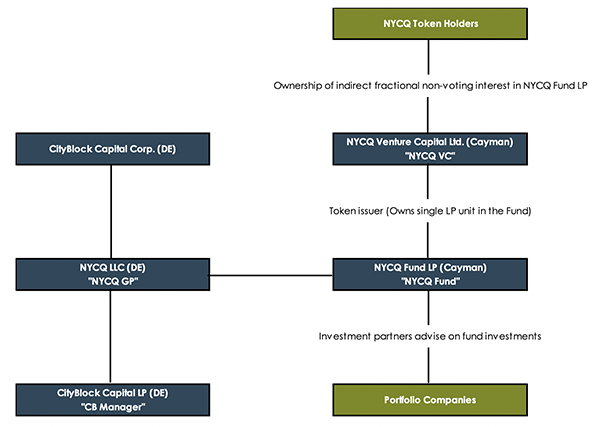 Management Fee: NYCQ Fund will pay to NYCQ GP an aggregate management fee equal to 2.0% of the total proceeds of the Offering per year for a period of 8 years.

Carried Interest: NYCQ Fund will keep 20% of all profits generated from Realizations for distributions to local investment partners and NYCQ GP as carried interest (which will be structured as an allocation of investment gains recognized by NYCQ Fund).

• The next wave of digitization is expected to be led by blockchain technology
• Blockchain, as a transformative technology, is in its infancy. Its relative adoption is comparable to the internet in 1995
• To accommodate the asset digitization wave, the market will require billions of dollars of digital infrastructure based on the new blockchain standard
• The NYCQ Fund makes investments into companies which support the operation and growth of blockchain-based capital markets

The NYCQ Fund seeks to achieve long-term capital appreciation through equity and equity-related investments in early-stage technology companies, primarily blockchain related. The fund will be backed by a team of venture investors and blockchain thought leaders with past successful deal-flow and track records of identifying promising companies and generating returns. The fund is managed and advised by professionals with deep industry experience from firms such as SoftBank Capital, Goldman Sachs, and Google.

The NYCQ Fund will focus on the next generation of financial technology — blockchain and digital assets. Trade in digital assets has already shown huge growth among consumers, captured by U.S. exchanges such as Coinbase and Poloniex. The fund will invest in companies that are building the framework for the emerging security token ecosystem — a picks-and-shovels strategy.

The NYCQ Fund seeks to make seed investments in early-stage companies building digital technology which will replace current capital markets infrastructure. Blockchain allows for instant trade settlement for digital assets, nearly eliminates intermediaries and significantly reduces fraud. The fund is managed and advised by professionals with deep industry expertise from firms such as SoftBank, Goldman Sachs, and Google. The fund will invest in the following types of companies:

The rise of Digital Assets is poised to create a rush of liquidity that could help grow venture capital, allowing venture funds to accelerate returns through earlier exits (from more liquid securities) as developments occur within their portfolios.

Blockchain is a digital ledger that uses cryptography to facilitate transactions. A blockchain is a secure record of transaction, much like a traditional ledger – facilitating safe transactions for the movement of money, goods or services via a distributed encrypted smart contract. Smart contracts on blockchains potentially allow the performance of credible, trackable and irreversible transactions without third parties. Purchased tokens can be sold again by NYCQ VC and persons acquiring resold NYCQ Tokens may be required to hold the tokens for one year.

Over the last 30 years, VC firms have played an integral role in identifying and growing many of the world’s most transformational companies from idea to ‘unicorn’ classification. Despite the industry’s immense growth globally, traditional VC fund operating structures require 5 to 10 years of locked-up capital which are comparatively inefficient to new blockchain enabled ownership methods.

The NYCQ Fund is designed to give investors diversified access to blockchain infrastructure investments normally only accessible to institutional investors. Target investors for the fund include high net worth individuals and global investors who have generally been excluded from the venture capital asset class. NYCQ tokens are engineered to facilitate regulatory compliant trading on SEC approved ATS exchanges. Purchased tokens can be sold again by NYCQ VC and persons acquiring resold NYCQ Tokens may be required to hold the tokens for one year.

Venture capitalists’ appetite for software companies showed no sign of slowing during the first half of 2018. According to the latest PitchBook Venture Monitor, VC funding may top $100 billion¹ for the first time since the dot-com days – and as of June 30, software start-ups received 40% of that investment.

Of these software start-ups, venture capital funding including angel, seed, convertible notes, Series A, Series B, for blockchain and blockchain-adjacent companies in the first half of 2018 is significantly higher than 2017 total.² Venture capital funding on blockchain companies has picked up significantly in the current year and this surge in crypto funds is unlikely to be an anomaly as blockchain ingrains itself as a disruptive technology. Nearly $1.3 billion was invested in the first half of 2018.²

The plot below displays worldwide venture investment in blockchain and blockchain-adjacent start-ups.

Rob Nance - Managing Partner
Rob Nance is a co-founder and managing partner of CityBlock Capital. Mr. Nance is responsible for fundraising, capital strategy and other capital markets initiatives across CityBlock. Mr. Nance is also a co-founder of Edgewater Equity, a fully invested early stage venture capital fund based in NYC. Mr. Nance holds a Bachelor of Science in Finance from Winthrop University and Master of Science of Law in International Taxation from Thomas Jefferson School of Law.

Max Goldstein - COO
Max Goldstein is an entrepreneur working at the intersection of technology, marketing and operations. While at Google, Mr. Goldstein started and led a 90 person community team responsible for partner onboarding and content development on Google+. The program was a strategic catalyst in making Google+ the fastest growing website in history. Mr. Goldstein also supported product launches and created partnerships across Google Maps, Google X and Search. As a startup founder and consultant, Mr. Goldstein has led product development, digital content strategy and business development with venture backed companies and crypto projects. Mr. Goldstein holds a Bachelor of Arts in History and Political Science from Bucknell University.

Ateet Ahluwalia
Ateet Ahluwalia is the Managing Director and PM of CoVenture Crypto's Active Fund.  Mr. Ahluwalia is a former Portfolio Manager at Bluecrest Capital covering Global Macro with a focus on Fixed-income, Equity, and FX through spot and options markets. At Goldman Sachs, Mr. Ahluwalia traded European CDS Index through the GFC and led the Index Desk through the European Sovereign crises, focusing on relative value, arbitrage, and one-delta strategies. Mr. Ahluwalia received his B.A. in Applied Mathematics and Economics from Northwestern University.

Jon Avidor
Jon Avidor is the founder of Startup.Law and World Trade Ventures. He previously practiced law at Sullivan & Cromwell LLP (NYC) and Goodwin Procter LLP (Silicon Valley), focusing on venture capital, private equity, real estate and M&A for clients ranging from banks such as Goldman Sachs and Barclays to venture capital leaders such as Khosla Ventures. Jon has represented clients in company sales to Intel, PayPal and LinkedIn and holds a JD-MBA from Northwestern, where he graduated with honors.


• NYCQ VC has the right to redeem the NYCQ Tokens at any time after ten years or earlier upon the occurrence of certain events. The amount for which we redeem your NYCQ Tokens may be below market price or below the price at which tokens are sold in this Offering.


• To the maximum extent provided by law, none of NYCQ VC, NYCQ Fund or CB Manager will owe you any fiduciary duties and NYCQ VC shall have no obligation to exercise any rights it has under the Limited Partnership Agreement of NYCQ Fund.


• Holders of the NYCQ Tokens will not be entitled to any voting or distribution or liquidation rights with respect to the NYCQ Tokens, NYCQ VC or NYCQ Fund.


• The tax characterization of the NYCQ Tokens is uncertain and a subscriber must seek its own tax advice in connection with an investment in NYCQ Tokens. An investment in the NYCQ Tokens may result in adverse tax consequences to subscribers, including withholding taxes, income taxes and tax reporting requirements. It is also possible that the income of NYCQ VC or the NYCQ Fund would be subject to significant amounts of income and/or withholding taxes.

• Identifying and participating in attractive investment opportunities and assisting in the building of successful young/emerging enterprises is difficult. There is no assurance that the NYCQ Fund’s investments will be profitable and there is substantial risk that the NYCQ Fund’s losses and expenses will exceed its income and gains.


• The NYCQ fund will be organized under the laws of the Cayman Islands, which differ in significant respects from United States law.


• An investment in the NYCQ Fund is a long-term commitment and there is no assurance of any distribution to the Limited Partners.


• The NYCQ Fund’s investment program is intended to extend over a period of years, during which the business, economic, political, regulatory, and technology environment within which the NYCQ Fund operates is expected to undergo substantial changes, some of which may be averse to the NYCQ Fund.


• The NYCQ Fund’s investment sourcing, selection, management and liquidation strategies and procedures may deviate from those described in the Private Placement Memorandum for reasons including changes in the external environment as well as changes and opportunities faced by the NYCQ Fund’s portfolio companies.

This Offering is available to all International Investors and residents of the following states: CA, NY, UT, TX, FL, CO.

This presentation does not constitute an offer to sell or a solicitation of an offer to buy any security and may not be relied upon in connection with the purchase or sale of any security. Any offer would only be made by means of a formal offering memorandum. No offer or solicitation will be made prior to delivery of a confidential information memorandum, private placement memorandum, or similar offering documents (“Offering Documents”). Offer and sales will be made only in accordance with applicable security laws and pursuant to the Offering Documents, operating agreement, subscription agreement, and other definitive documentation. 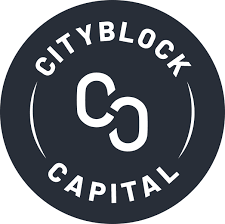